The replica of the harpsichord built in 2015 by Roberto Marioni on a Flemish model is added to the relatively small number of sample sets dedicated to instruments other than the pipe organ.
Owned by Maestro Gabriele Giunchi - who requested the sampling at the same time as that of the small positive Ott - the harpsichord is built on the specifications of an original by Ruckers from 1612.

Two manuals of 61 notes with extension F0 - F5 and drawer union (the second manual scrolls over the first).

Three sound stops (plus Liuto), activated by levers at the extreme left and at the extreme right of the front: 8' 4' at the first manual, 8' constantly engaged at the second.
The temperament is unequal; the tuning is 415 Hz at A2.

The sampling of the Marioni / Ruckers harpsichord was performed in a single session in October 2019. The microphone station - with NOS stereophonic technique - is frontal and raised with respect to the instrument, at an adequate distance to obtain a clear and balanced sound image.

Recording was done at 96kHz and 24bit, reduced to 48kHz when processing was complete; the sample set has a single stereo channel, which makes it extremely light and suitable for loading at 24 bits even on computers that are not particularly performing.
Extreme care has been taken in the subtraction of background noise: each sample has been worked individually to obtain a clean and absolutely natural sound. 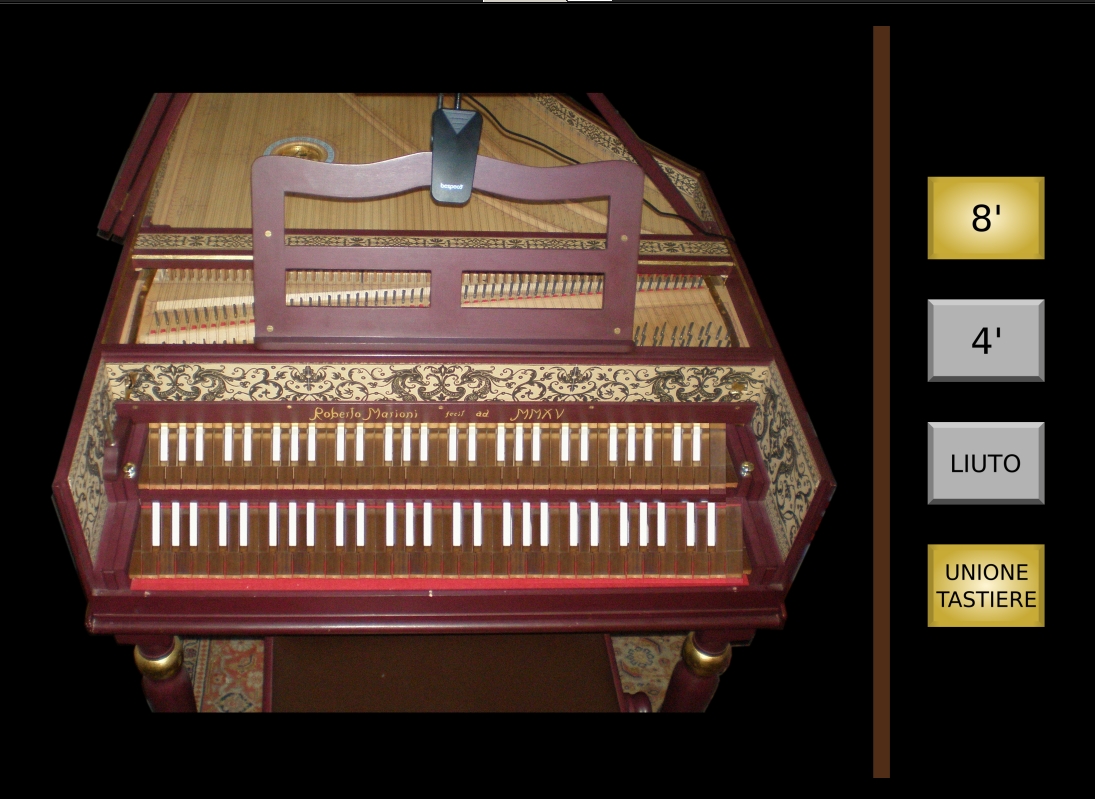 Given the simplicity of the instrument, the graphic interface consists of a single screen in which the two keyboards and the control levers of the registers are reproduced.
The keyboards are designed for assigning MIDI commands; the stops, due to their small size in photographic reproduction, are replicated by side buttons.


Request the demo of the sample-set

The demo version of the sample set for Hauptwerk 4.21 and later (up to the most recent version 6) is fully functional, but the sound is disabled periodically; to download it, send a request by email via the button below.

Warning: do not change the subject of the message! The correct sending of the response containing the instructions to obtain the sample set depends on it.